According to a recent survey in the United Kingdom, an estimated three million former smokers were overpaying on their life insurance premiums in that country alone. This amounted to a total overpayment on premiums of GBP 316 million, or to put things into perspective, almost R5 billion. 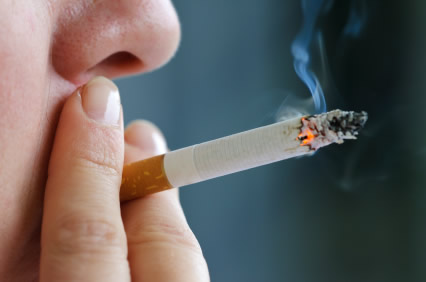 Why were such extortionate amounts being overpaid? Because most ex-smokers forgot to update their statuses as a former smoker with their life insurance providers. Most providers allow for a premium reduction if one is a former or non-smoker.

This same problem is also present in South Africa.

Depending on your provider, if a person has stopped smoking a year or two ago, they can file a claim for a reduction on their premium. This can end up saving the end-user a lot of money over the period of a couple of years.

Daily, more and more South African smokers are quitting due to ever-harsher laws being passed, with an estimated 66% of smokers considering quitting for good. This, by extension, translates to massive potential savings for individuals who have a life insurance policy.

“The actual premium a smoker would be required to pay is dependent on a number of factors, including the number of cigarettes they smoke each day,” says Gary Came, the chairman of the FPC. “On average, however, a smoker is likely to pay between 25% and 120% more for life insurance than a non- or ex-smoker. Smokers pay a much higher price for their life cover, as well as other ancillary benefits.”

In the current economic environment, with ever-rising costs such as electricity, food and fuel, it is of cardinal importance that the former smoker informs his or her broker about any change in their circumstances, as it could make a significant impact on their finances.

This is not limited to just smoking. Other healthy choices like losing weight and exercising could also have a large impact. “Consumers who make an active decision to lead a healthier lifestyle should speak to their financial adviser to determine exactly how this can benefit them financially,” Came advised.

Par for the course, heavy drinkers would also pay much higher premiums than non-drinkers because of the various health risks associated with regular alcohol consumption. However, if they stop drinking for a sustained period of time, former drinkers could be eligible for a review of their premiums.

It all sounds good. Most South Africans would appreciate any savings to their monthly fixed costs. But how does one go about quitting smoking? Nicotine is notorious for being highly addictive. The withdrawal symptoms experienced upon quitting are harsh and many people are unable to go through the process without some extra help.

The first thing to do upon deciding to quit is to pay a visit to your doctor. They would be able to advise you best on which courses of action are available to you, as well as to explain the health and lifestyle implications of your choice.

Various support groups also exist. Search for the ones available in your area and make a point of joining one. Research has shown that your success rate can double with proper support from individuals who are experiencing the same challenges.

As advertised on all cigarette packets in South Africa, you can obtain more information on quitting for free by phoning the National Council Against Smoking at (011) 720 3145. They will gladly mail you informational booklets to better assist you in your endeavour.

Most importantly, do not give up. Quitting is extremely hard, but the benefits of not smoking far outweigh the discomfort you will experience. You will save money, could live longer and be much healthier.

But do not be tempted to lie about smoking. If you get caught it can be considered insurance fraud, and it will not be taken lightly. If you are an active smoker, (which is the category many companies use for users of cigars, chewing tobacco and even nicotine patches or gum in addition to cigarettes), it would be best to just accept that your costs on life insurance will be higher.